Tonkotsu ramen: The pride of Kyushu.

The term Kyushu ramen is used to refer collectively to the various regional ramens in Kyushu, including Hakata ramen, Kurume ramen and Kumamoto ramen. While there may be differences in noodle size or ingredients used, the soup base in all cases is the milky tonkotsu. When you talk about Kyushu ramen, you have to talk about the city of Kurume in Fukuoka Prefecture, which is considered the birthplace of tonkotsu ramen. 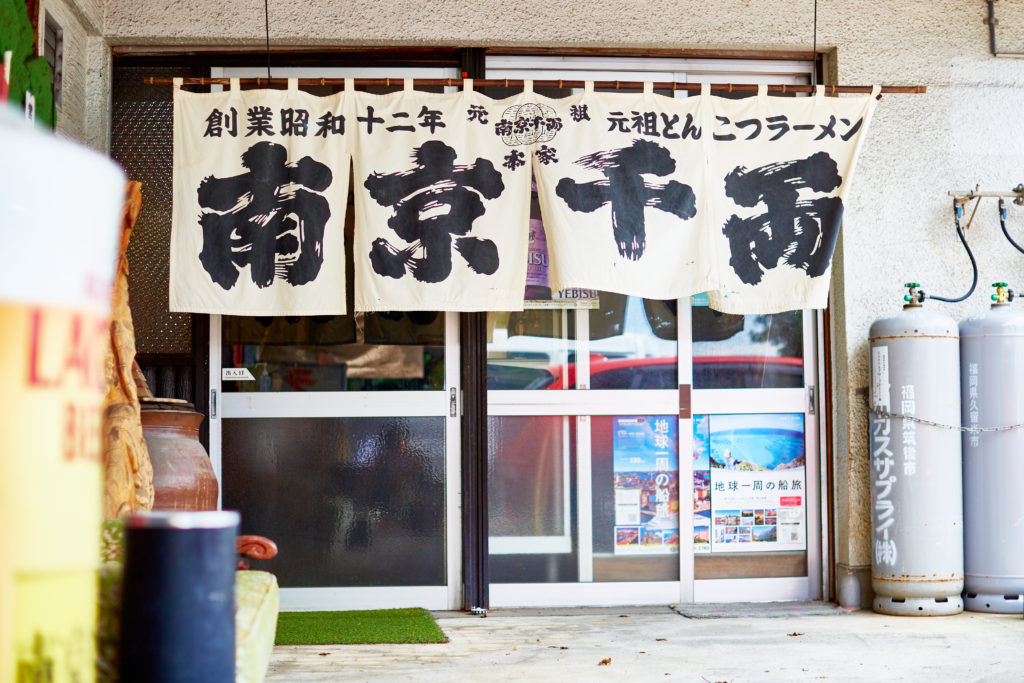 Tonkotsu ramen was first created in 1937 at a noodle stall on Meiji-dori Ave. in Kurume called Nankin Senryo. The first owner of the stall was originally an udon vendor, but he was inspired by the shina soba (lit., “Chinese soba”; soy sauce ramen) boom in Tokyo and Yokohama and champon noodles from his hometown of Nagasaki. He also visited Kokaro (est. 1917), one of the first Chinese restaurants in the Chikugo region, several times to study its flavors. At the time, pork bones were cheaper than chicken bones, so he focused on pork bones, that is, tonkotsu, to create his own unique soup. This is thought to be the first ever ramen made entirely from pork bones.

From clear to milky white: The evolution of tonkotsu soup

The soup that Nankin Senryo devised, was actually semi-transparent and bears little resemblance to the tonkotsu ramen of today.
The milky tonkotsu soup that is now familiar was first created by chance in 1947, 10 years after Nankin Senryo’s first soup, at a ramen shop called Sankyu.
One day, the owner of Sankyu left the heat on under the tonkotsu soup when he left the shop, creating a milky white soup on accident. When he added some seasonings, he found he had actually made something quite delicious.

After creating its milky tonkotsu soup, Sankyu opened up branches in Saga City and Tamana City in Kumamoto. The original owners of several now famous ramen shops in Kumamoto City, including Keika, Komurasaki, Ajisen Ramen, and Shoyoken, all did their training at Sankyu’s Tamana shop, and they developed their own unique take on tonkotsu, primarily by adding garlic chips. This is what we now call Kumamoto ramen. Likewise, if you trace the roots of Miyazaki ramen back, you’ll also end up in Kurume.
In this way, the tonkotsu ramen that began in Kurume gradually spread throughout the rest of Kyushu, yielding various regional varieties.

Later, several ramen stalls opened in quick succession in Kurume, including Seiyoken in 1952, Taiho in 1953, and Raifukuken in 1954. In the 1960s and 1970s, the 24-hour "fast, tasty, and inexpensive" ramen centers on National Route 3 (commonly known as "National Route Ramen;” examples include Maruhoshi) were popular rest stops for long-distance truck drivers, who helped spread the reputation of Kurume ramen far and wide. 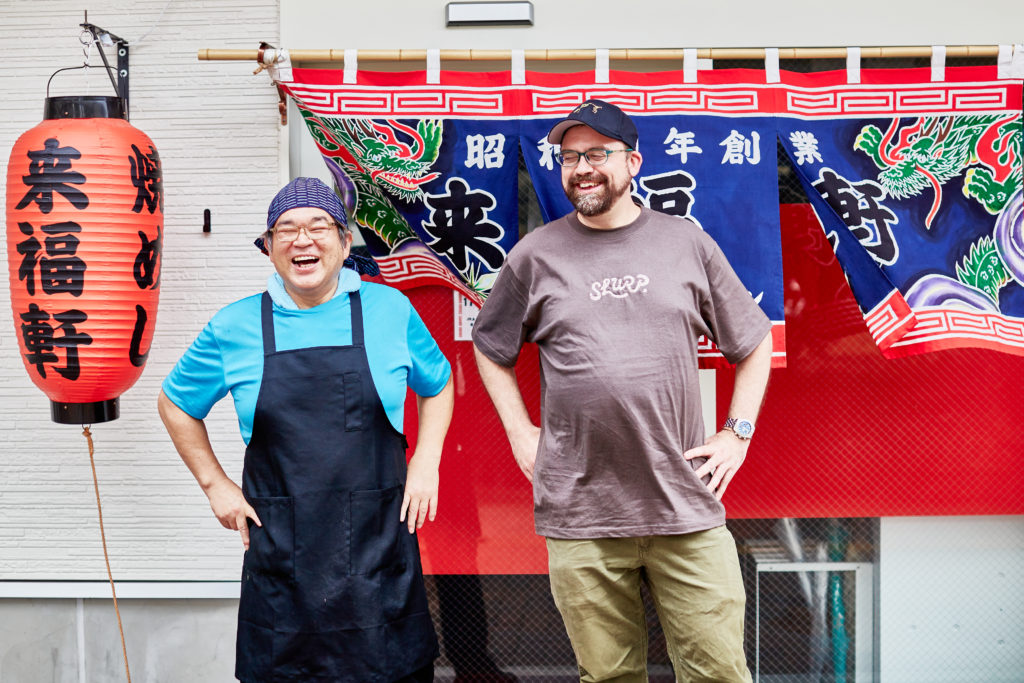 Raifukuken, established in 1954. The grandson of the founder has since taken over the business. When the restaurant opened, ramen was known as chuka soba (“Chinese soba”). The name "ramen" became popular after Nissin Foods released its chicken ramen in 1958. 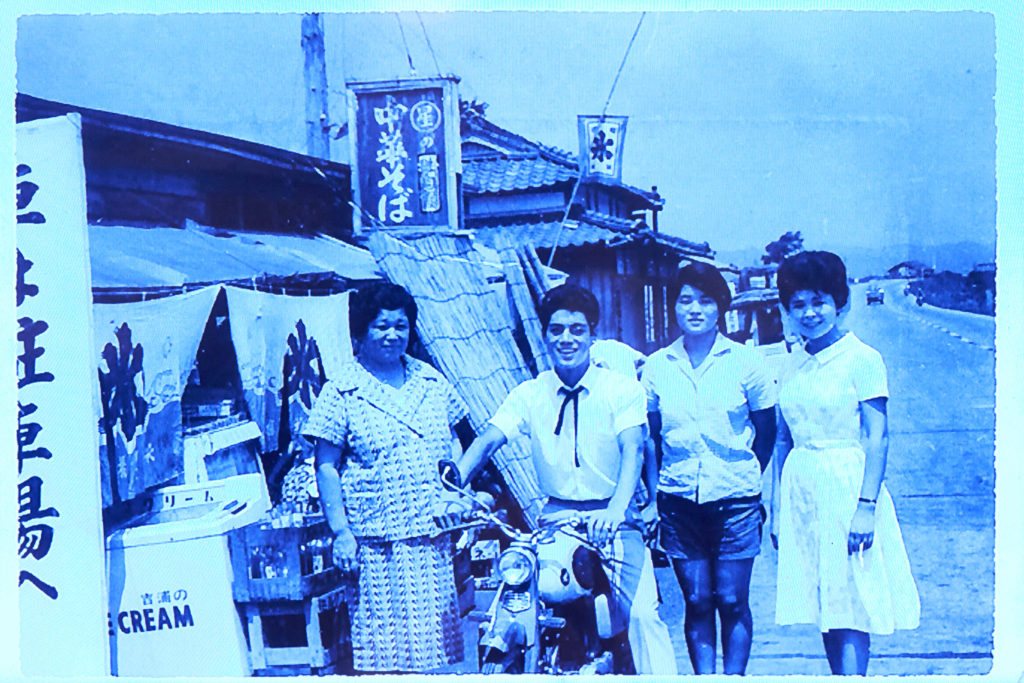 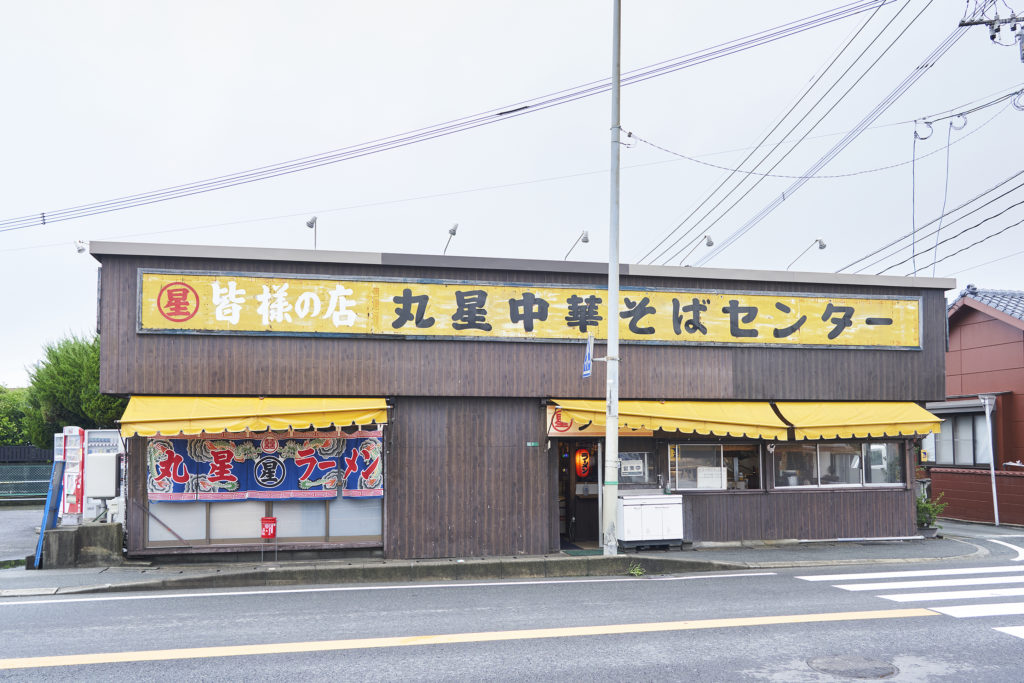 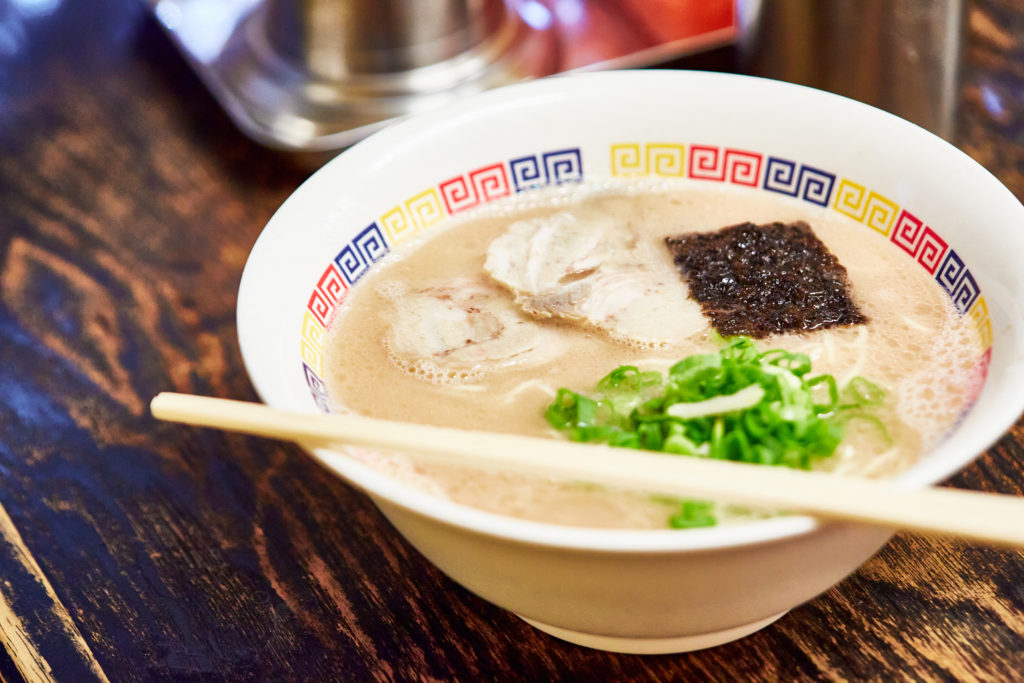 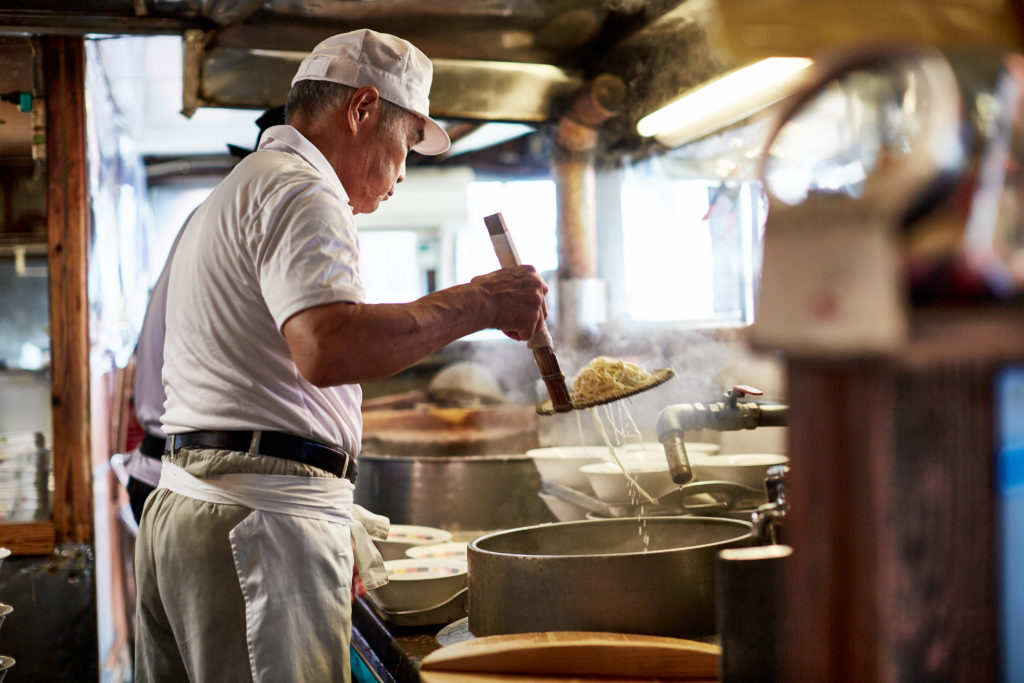 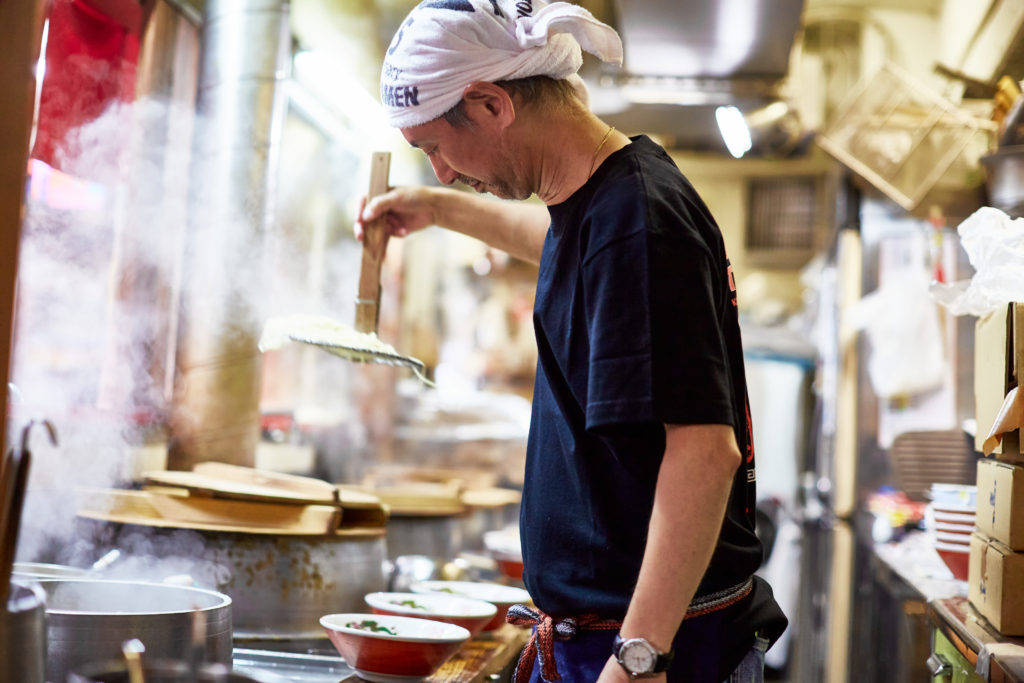 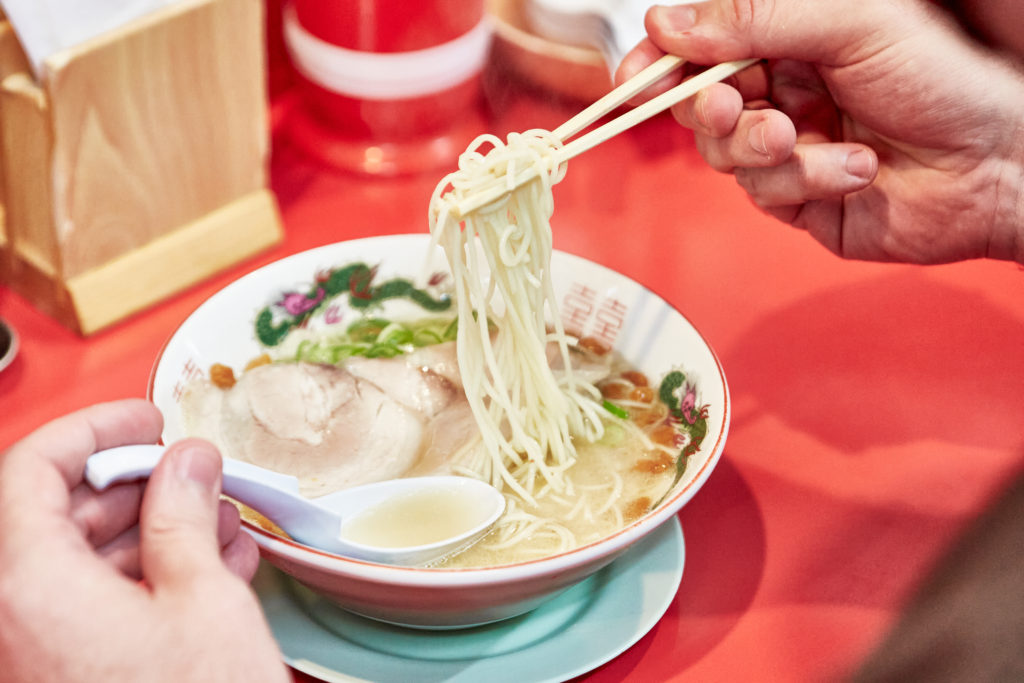 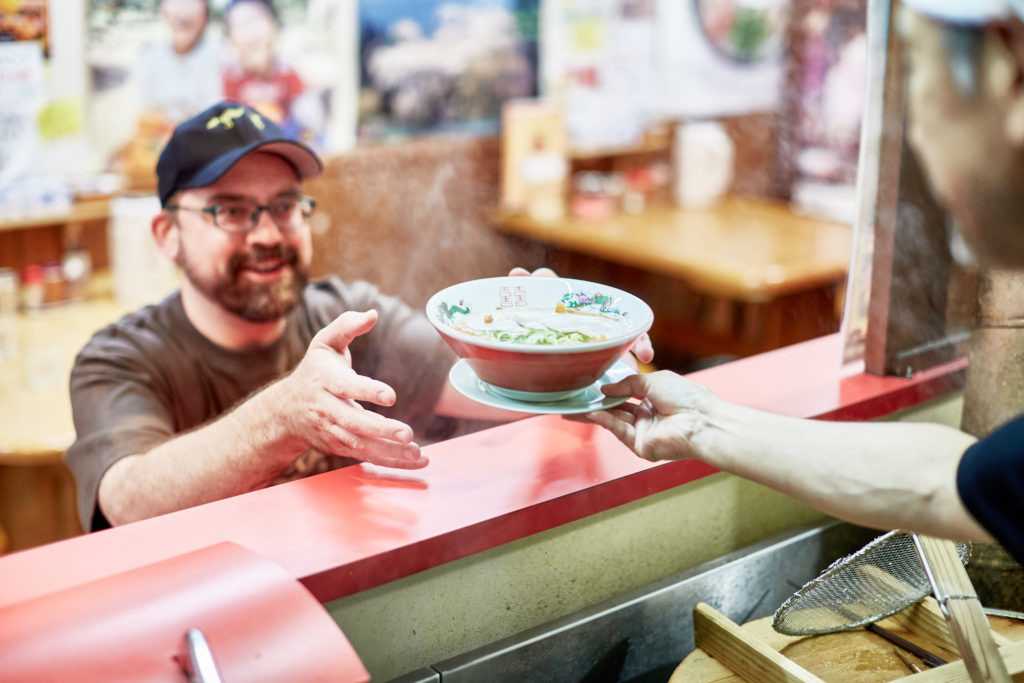 The history of ramen in Kurume started with Nankin Senryo and Sankyu, the latter of which spread the dish outside of Kurume by opening shops in other areas. The second phase of this history saw the rise of National Route and restaurant-style ramen shops after the number of ramen stalls skyrocketed amid the postwar reconstruction. The third phase was the nationwide ramen boom, with the likes of Taiho and Dairyu garnering a great deal of mass media coverage. We now find ourselves in the fourth phase, where the popularity of tonkotsu ramen has spread worldwide and Kurume is receiving renewed attention as the birthplace of tonkotsu ramen. 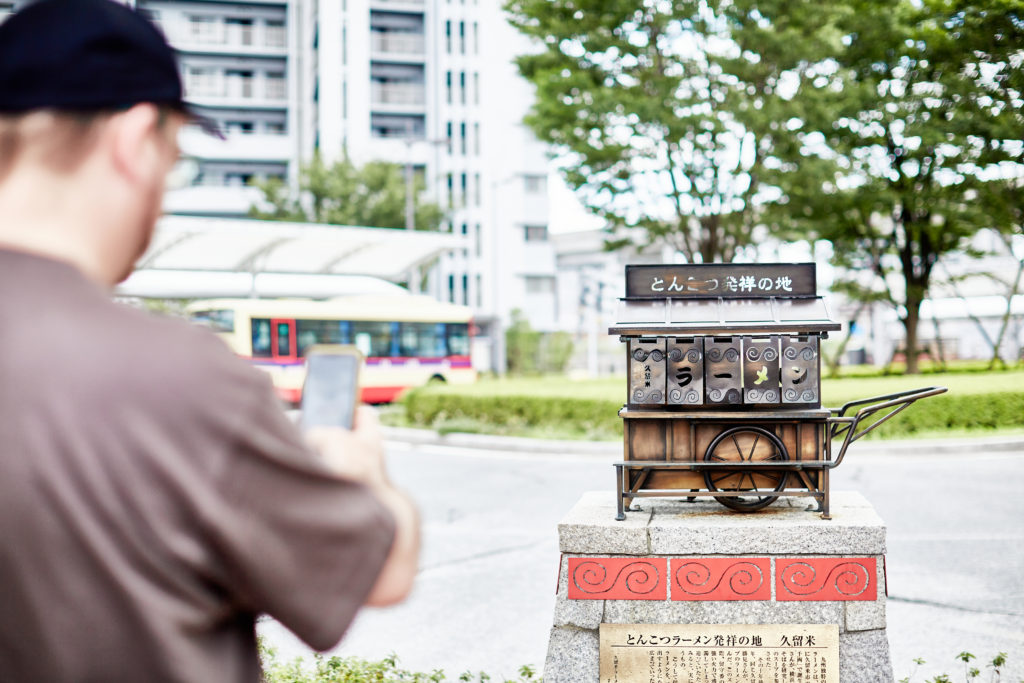 A small ramen stall monument quietly stands in front of JR Kurume Station. It's not flashy, but it accentuates the feeling that you've come to the birthplace of tonkotsu ramen. 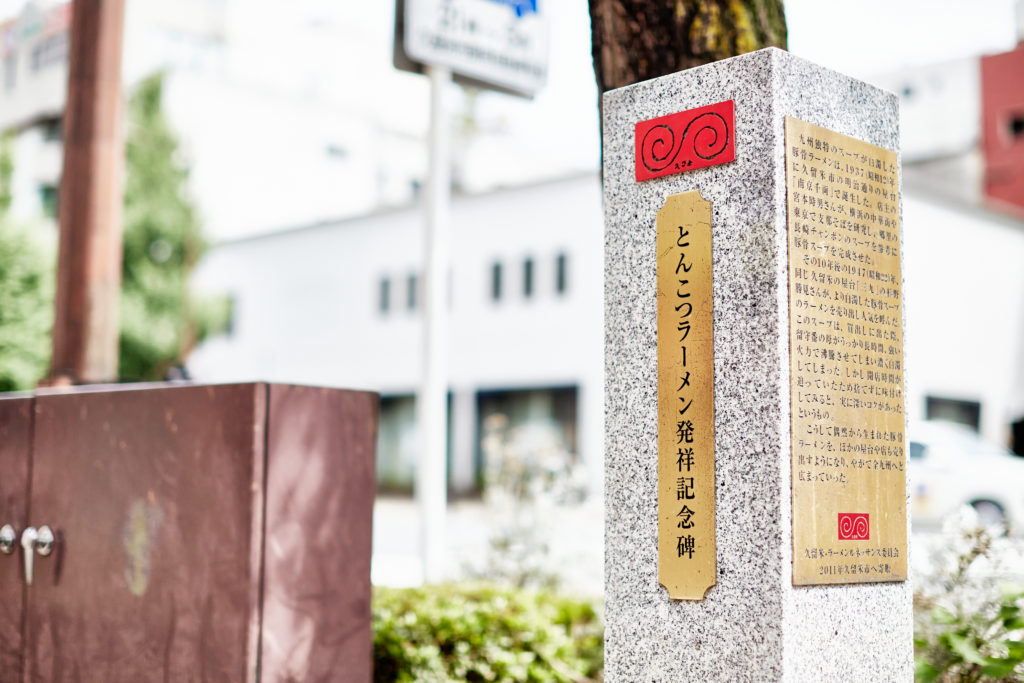 Another ramen monument on Meiji-dori Ave. in Kurume. It marks the site of the original Nankin Senryo ramen stall. This is the exact spot where tonkotsu ramen was born. If you've made it this far, consider yourself a full-fledged tonkotsu warrior! 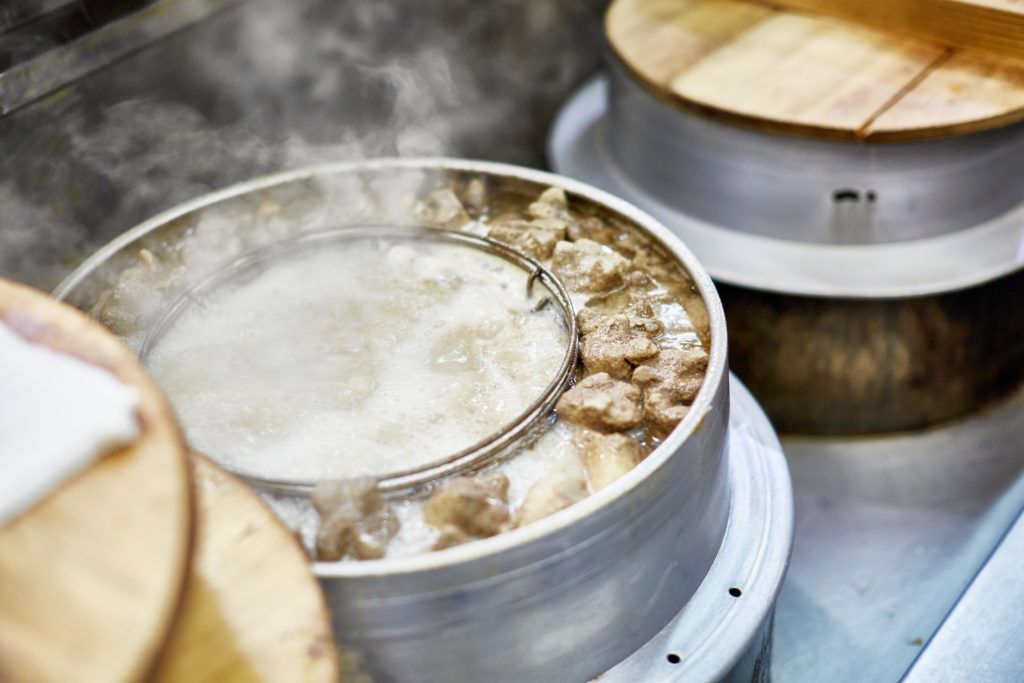 Tonkotsu ramen, which is made by cooking bones over high heat to create a cloudy soup, is now mainstream. 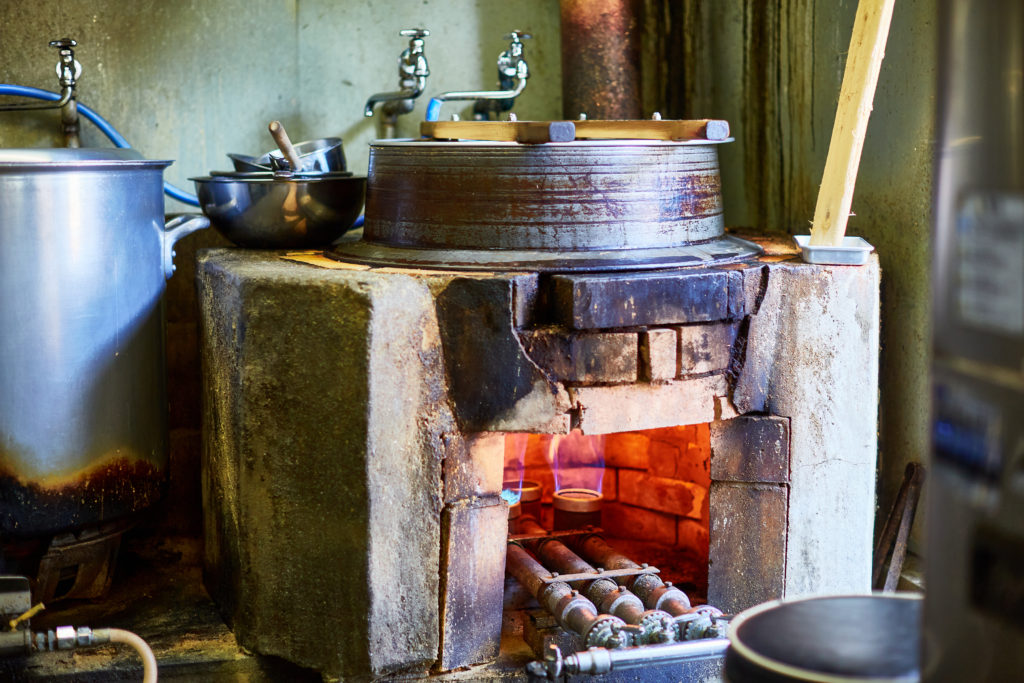 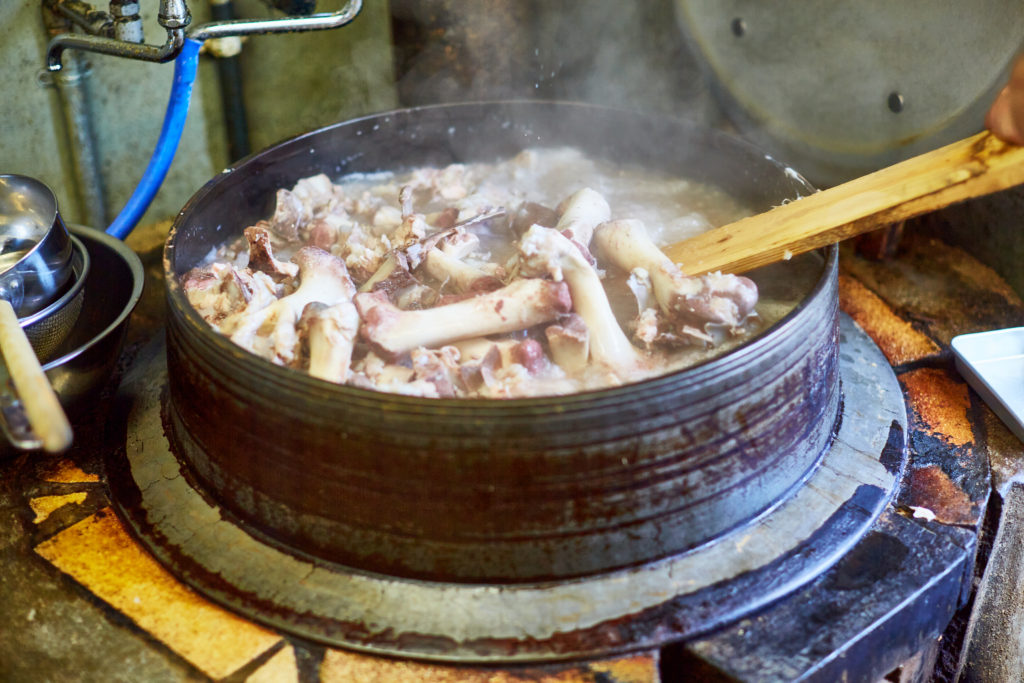 Tonkotsu ramen refers to a wide variety of ramens whose soup is made primarily from pork bones. Each restaurant creates its own unique flavor based on which pig bones it uses (e.g., skull, spine), simmering time, and other factors.

What is Hakata ramen?
前のページにもどる